Danger and hilarity collide in this adventurous tale of a shy, teenage boy trying to escape his abusive father by seeking solace in video games and fervently wishing he were somewhere else. Wishful thinking doesn’t usually accomplish much, but in this case, his desperation wakens a latent power that forges a real connection between Worlds.

Jericka, the young and feisty sheriff of Ahnyalsiath, finds herself faced with multiple problems when a destructive stranger begins rampaging through her erstwhile peaceful town. She was stationed there to keep her out of trouble, but not only does Trouble seem to have it out for her, it’s going after the entire country, too! 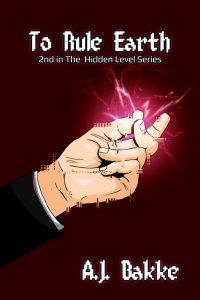 Piper’s life is full of stress and misery. She is stuck working two difficult jobs. She cannot envision any kind of future beyond the same dreariness she trudges through each day. Much of it is her own doing. She lets people take advantage of her kind nature and she refuses to give up her one very expensive source of joy; her horse, Zippin. Vynseth has fanciful aspirations for world domination, but he doesn’t seriously consider that a viable option on his home world, Deart. However, when an accident traps him between dimensions and he ends up hovering near Earth, he discovers that maybe he might be able to pull off that grand scheme after all. Before that epic task, he has to manipulate an Earth-side human into a place of well being so he can utilize her as a channel for magic that will give him enough power to cross fully over to Earth before he dies. 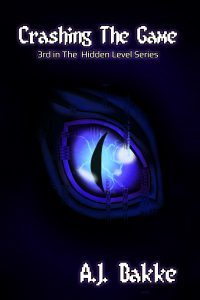 Now that he’s settled on a world where video games don’t exist, 17-year-old Brandon thinks his gaming days are over. Not a bad thing. Life on a farm is simple and straightforward. Most importantly, he is free of his abusive father and living with a family who dotes on and encourages him. His life has taken a huge u-turn for the better. His shattered spirit is slowly healing, his confidence gradually blooming. But his old escape from reality catches up to him on an epic scale. So does his dangerous and vindictive father. Can he and his friends deliver the Blue Screen of Death to an entire dimension as well as keep Brandon safe from being dragged back into a life of terror and pain?

Book 4: A Glitch in the Cosmos 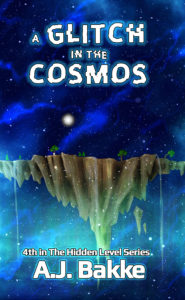 Minotaurs and centaurs and harpies! Oh my!
While an NPC army rampages across the countryside, Brandon and his friends must find the source and destroy it.